Meisha Watson is a rising star at YES TV. Meisha’s first stop at YES TV was in the YES TV cruiser on LIVING LOCAL; but now she’s bringing her unique talents to Saturday mornings with a brand-new variety program for kids!

Hey Meisha! is a new biblical teaching variety show for kids, featuring Meisha and the Good News Kids. Makesh the Rapper, Joy the dancer, Addison the Baker, and Keaton the Singer bring unique, hilarious and curious perspectives to learning about faith and values.

"My mission [with Hey Meisha!] is to ensure that every child who watches our kids’ programming will learn that they too can have a personal relationship with God" Meisha says. “I was raised in a faith-filled home, but I always felt like my faith was my parents and I borrowed it every Sunday morning. These shows will lead kids on a path to communicating with God in their own words, in their own way, at any time.”

Featuring music videos, bible stories, comedy sketches, crafts, and more, HEY MEISHA! airs back to back every Saturday morning at 8am on YES TV and you can stream it for free on the Castle TV app.The mission for HEY MEISHA! is to inspire kids to become Good News Kids and spread the message of Jesus Christ all around. 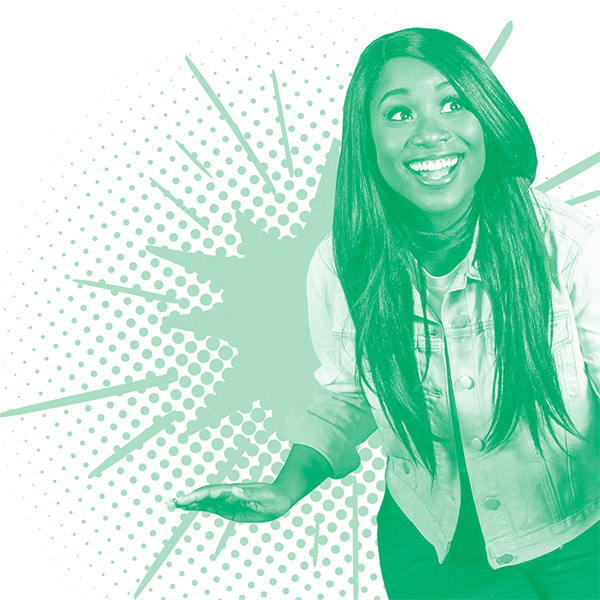 Meisha Watson; creator of HEY MEISHA!–is an England native, with the heart of a Canuck. She and her family made the move over to Canada when she was just 14 years old. She had a dream to make it in showbiz; and in Toronto is where it all began.

Fast forward to 2019 Meisha has now worked in the entertainment industry for 8 years. She started out as an actress making various guest spots on the screen and stage. In 2015, She was the principal actress in 11 commercials in one year. She made her move over to Kids television shortly after and became a host on YTV's The Zone and The Zone Weekend. Her highlights include presenting at the Canadian Screen Awards, interviewing celebrities on the WE DAY blue carpet and performing in almost every province in Canada. Her greatest accomplishment at YTV was having the opportunity to inspire kids to be unapologetic about who they are created to be.

During her tenure at YTV, Meisha honed her skills at comedy writing, sketch comedy and production on various productions throughout the city.

In 2018, while being interviewed on ‘Context with Lorna Dueck’ she was offered the opportunity to pitch an original show to the team at Crossroads and YES TV.

In May of 2019 the hilarious, musically lead, biblical teaching variety show for kids HEY MEISHA! was born.

Her mission is to ensure that kids across the nation know that they can have a personal relationship with the God of the UNIVERSE!